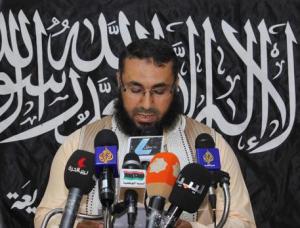 Some people swear that finally Libya is “free”. Free from the “tyranny” and “despotism” of one man.

But judging by the fact that there are still many armed men virtually out of control because they are enlisted as “militias”, one cannot say that the citizens of what was once the Jamahiriyya can be very calm and happy.

The simulacrum of the State which has replaced the creation of Gaddafi’s genius looks more like a kind of a permanent “gang war”, where each faction and tribe has resurfaced with its inconclusive political and religious sectarianism.

Sectarianism, tribalism, partisanship that lead straight into the abyss of enslavement and endarkment. In fact, consider the sidereal difference between the former Libya and the current chaos. And raise your hand – if one has the courage – who would not long to see applied instantly in Italy the ten provisions of the “tyrant” listed in this article [1].

In all this ‘masterpiece’, which saw Italy lose day by day its privileged position in favor of “the allies” (!) of NATO, the trend that has taken over the former “Fourth Shore” is that of the so-called “Islamic radicalism” or “fundamentalism”. That in words Westerners deprecate and abhor, but which, in fact, they encourage in every way.

And that fact that even Italians do this, is an index for the consideration of our “national interest” which has never fell to these infirm levels as under three successive “governments” since they decided that in Italy they can establish, regardless of the popular vote, the era of the presidential compulsory administration.

Italians should also give a due consideration to the repeated hints to “conquer Rome” made by the members of the so-called ISIS. Not because this is the city of the Pope or ‘our’ institutions (in this second case I think many would like to see a “caliph” entering Montecitorio, the Italian Chamber of Deputies, with a drawn sword!), but because it is the “eternal city ” which embodies a secret.

A secret that cannot be desecrated in any way by these hidebound fanatics, who actually the mass manipulated by many other circles, officially and blatantly hostile to them, which, however, manipulate them by their craftiness (and their money!).

In short, Rome is a plum for many.

And that Libya boosts such an outcome can be seen from the forest of microphones surrounding the spokesman of the “Islamic State”: four out of seven are channels of the Mediterranean country, neighbor across to us, from which every day throng, in a snotty and blackmail manner, hundreds of “the economic refugees”.

As can be seen deduced from the names of the Libyans channels themselves present there (a smattering of Arabicis enough), it does not lack the usual “free Libya”, according to a pattern seen in the “liberated” Europe, and then in Iraq, Afghanistan etc.

One can imagine how really “free” these TV stations are, but the important thing is to put on stage the theater of “freedom of information” with dozens, hundreds of channels operating around the clock.

This is what happens once somebody gets “liberated”: speeches instead of facts, with housing, health, education and work bartered with the lies and illusions of a “freedom of information”.

[1] Siovan Cleo Crombie, What do you think of when you hear the name Colonel Gaddafi? Tyrant? Dictator? Terrorist? Well, a national citizen of Libya may disagree but we want you to decide, “Urban Times” (https://urbantimes.co/2014/05/libya-under-gaddafi/). 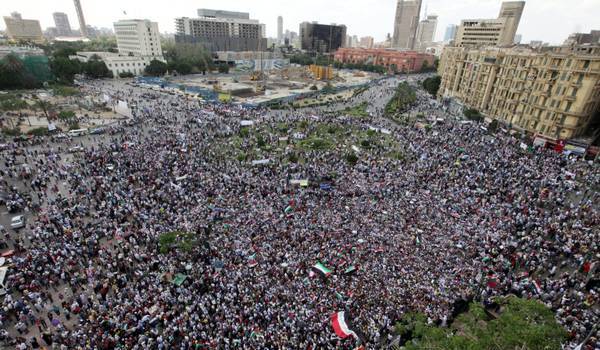 From Bin Laden to the Caliph: the final war against Islam (to knock out Eurasia)