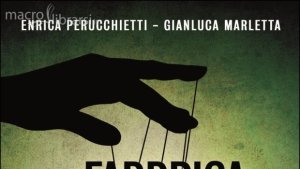 What is The Factory of the Manipulation about which Enrica Perucchietti and Gianluca Marletta write in their last book, La fabbrica della manipolazione. Come i poteri forti plasmano le nostre menti per renderci sudditi del Nuovo Ordine Mondiale  [The Factory of Manipulation. How the strong powers shape our minds to become the subjects of the new world order], published by Arianna Publishing House?

We all feel more or less, that there is operating, by those whom the cover defines as the “strong powers”, a global manipulation which uses such tools as mass media and culture. Yet relatively few are those who have understood that the goal of the “manipulation”, that has as its object minds and hearts, is to “make us the subjects of the New World Order” (I quote again from the cover).

However, before entering in details, it will be good to specify these two definitions.

It is in fact quite in vogue to pull out the “strong powers” whenever a reviewed character becomes the subject of virulent attacks (judicial, media etc.), up to eventually coming into harm. Each faction shakes this scarecrow to defend their positions under attack, but in the end no one – including those in the vein of “Revelations” as the former Minister Tremonti – has ever explained well what it is all about. Probably because no one understands the true nature or simply because one cannot say more than that (there is in fact the third hypothesis: many “revelators” would be merely “guardians of the threshold” whose function is to let leak what was ordered to leak, even without their knowledge).

Also, there has been written and said a lot of things about the “New World Order”, but rarely anybody goes to the heart of the problem, which is not merely political, economic, social and cultural. Or rather, it’s everything together, but in an amalgam that flows into what is conventionally called the “spiritual”. Therefore, it is not enough to explain the issue by the already depreciated references to the Bavarian Illuminati or some other, albeit powerful, coven. Even the infamous “protocols of the elders of Zion”, if interpreted as a proof of a “Jewish conspiracy”, represent a powerful form of deception.

The “strong powers” identified by Perucchietti and Marletta are therefore not those of finance or industry, politics or culture, but they are in a sense a synthesis of all this, or rather are circles directed by the “exceptional” individualities to the orders of malignant entity, that acting on these domains also are set just eminently “spiritual” objectives (although “inside out”).

We face, therefore, such a large-scale manipulation in the innermost recesses of the human psyche, aimed at the establishment of a parody of the realization, at the individual level, and a parody of the Empire, at the level of the human communities (somebody could recollect the circulation during several years – even among so-called “antagonists” – the idea that America is the latest manifestation of the “idea of Empire”).

In light of this, it is significant that the authors quote René Guénon in the opening, recalling the reflections on the spread of the “moods”. However, the references to the French metaphysic entered into Islam (but not “converted” as currently suggested) end up here; the matrix of the two authors is palpable: although it is not strictly “traditionalist”, but it takes into account the irreplaceable compass provided by Guénon and other exponents of the Perennial Tradition.

The reviewed book, therefore, despite not having any claim to replace such milestones as The Crisis Of The Modern World and The Reign Of Quantity And The Signs Of The Times by the same Guénon, which contain – with the faculty of a stunning prescience – all that accurately came true and will become true, represents a comprehensive overview of all various phenomena of contemporary disorder, especially on the mental plane (and, thus, pseudo-spiritual), which undermine the integrity of the human being and exposing him to the worst type of slavery.

Which is not yet that of the “New World Order”, although its followers are actually aberrant and repugnant, but that of the own ego, or that “inner” Satan that, once he has got us under his guidance, leads us straight to the failure in this life and in the other.

This should clarified in the review because otherwise there could appear the real risk that a reader of such works as this one, which have the undoubted advantage in opening your eyes on a “conspiracy” the Satanic rootsof which the authors themselves do not hide, are poorly interpreted and provide a pretext to jump in a ‘cosmic pessimism’ or in a state of excitement mixed with anger due to the enormity of the issues described, analyzed and traced here to a single essential matrix.

Having written this necessary premise, we pass onto the content of this book, which in essence – without having to indicate a “way” – aims to warn against the numerous deceptions that “modern civilization” is offering at a growing rate, and, in particular, against their persuasive and highly dangerous heralds, who are adept at presenting themselves to the confused masses (because without those tools which are solids religions when they become an ideology of identity) as dispensers of ever new captivating “paradises”.

That’s why some pages of the book are dedicated to hallucinogenic drugs, which have seen some of their “prophets” (these, to be true, mostly Jews, like other prominent members of the “counterculture”) go hand in hand with the worst sectors of the Western intelligence services, in a patchwork of “experiences” aimed at mind control and to the development of certain “powers of the mind”.

Basically, we must add, the entire modern world, with the illusion that it is the only and true reality, is a hallucination, so it is not surprising that in this context there have played their role some actual hallucinogens, which inspired some literature and, in the second place, even some movies (another mass drug, along with video games, especially that now it’s made in 3D mode) of science fiction and prescient because, in fact, they were predictive about was actually boiling in the pot.

The music of the so-called “stars” (more and more “state celebrities” flaunt their “political and social commitment”) makes part of the same line diverted and deviant in its turn, while modern art (also supported by Western intelligence services), with its nasty things has no other purpose than to destroy the natural internal hierarchy of humans (pp. 131-134). 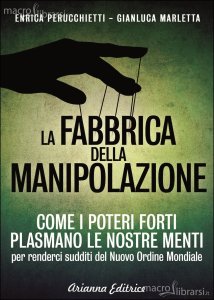 Television – far from being surpassed – is the pivot of all this manipulation apparatus, which, according to the authors, who based their claims on the confessions of the same manipulators, is a drug in all respects, experimenting by which with the minds of TV-addicted are the well-known psychiatric techniques which use such diabolical stratagems as subliminal messages and hypnosis.

The Internet and the utopia of the interconnection of everything and everyone does nothing but to refining the mechanism, offering the possibility of creating “new worlds” and “second lives” furnished to escape from one’s responsibility and the acceptance of his condition, which was the prerequisite for any further spiritual progress.

In the paraphernalia of the puppeteers in the service for the evil do not lack the recently created tools, like the “gender ideology” (Chapter 3), which we have already referred to in the review of another book of the same authors, and which, through homosexualism, abortionism, depopulationism and other delicacies points to the destruction of the family in the name of the “right of choice”, of “tolerance” and “diversity”.

Ultimately, this gigantic work of backsliding has its own part on school (ch. 5) with its “authority”, is expressed in overt and covert imposing of “models” to which the “perfect citizens” are required to conform. Educational paradigms are rooted deeper in content, but this, that, and the other forge a “model citizen”, who, for example, would never suspect anything deceptive in the evolutionary theory and its countless social implications, economic and political.

The last is what the meek inhabitants of the “global world”, obviously must not do, if you keep in mind that one of the main goals of the adepts of the dissolution is the destruction of religions. This undertaking in fact is not too difficult because of the inadequacy of their own official representatives. What to say, for example, facing with “UN’s Catholics”, or Popes who long for a “New World Order”, and who for the sake of “moving with the times” justify any deviation from the straight path by engaging systematically in creating doubts and confusion among the faithful? But also other religions, from this aspect, are certainly not better if only to reflect over the doctrinal and moral bankruptcy (with its geopolitical implications) of a certain “official Islam”. That’s what Perucchietti and Marletta indicate as the “emptying” of religion from within, optimistic prelude to “do-it-yourself” religion (New Age).

The religious “relativism”, thus ethical, produces indifference towards what is true and false, right and wrong. Everything eventually is justified, provided it meets the Satanist maximum of “do what you want”.

It’s a case of falsification, because ontologically false is the source of the relativistic message, but that is a different kettle of fish, but if one has developed some depth of vision will have no difficulty in finding that in this system it is by no means true that anyone can do whatever he wants. But this is made believe incessantly, if not explicitly, through intimate appropriation of models and lifestyles, because a human being who thinks being completely “free” is pretty much the most manipulatable. In fact, any “Westerner” satisfied of being a westerner, has the absolute certainty that any time and in any place there have always been less “free” people than now there are in the West.

Here is one of the “moods” described above, which implications are numerous and described in this book as well: from the “war on terror” to “Islamophobia”, through the “export of democracy” most part of which occupy the notions that among their priorities lay, once a “revolution” in any part of the planet is scored, deep and drastic restructuring of the society and scale of values.

In this context of subversions, the “crisis” comes in handy, moreover, becomes created ad hoc as a “mood” of the age when you have to accept the rapid and profound changes otherwise difficult to digest.

At the end of which, cow the authors, there is “the transhumanist agenda”, which is neither more nor less than – under high-tech or biotech sauce – the promethean dream of the human-God. The digitalization of modern life of Westerners, besides having radical implications on their perception of themselves and their place in the world, eventually results in the opposite of what it seems: the voluntary self-destruction of an individual, as expected from George Orwell’s dystopian novel 1984.

As in that nightmare that overflows into reality, the “strong powers” do not stay satisfied anymore with passive obedience, but they try in every way to break even that last Sancta Sanctorum that dwells in the heart of everyone.

Under the latter terrifying appearance all regular traditions conform in referring to non praevalebunt {the Gates of Hell shall not prevail}. For this, as we wrote earlier, one thing is to be informed and warned against the dangers that surround us and that try to penetrate even in what is most dear and precious to us, and another is to let it in the sense of powerlessness which, and it should not be hushed up, is one of the desired outcomes by those who have the duty towards, so to say, ‘statutory’ to let us fail this “test” which is life itself, fueling the hellish flames with our failures which – while they believe in UFOs and in other illusions – the modern people thoughtlessly perceive as a game. 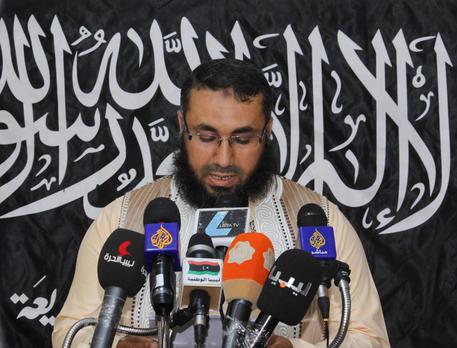 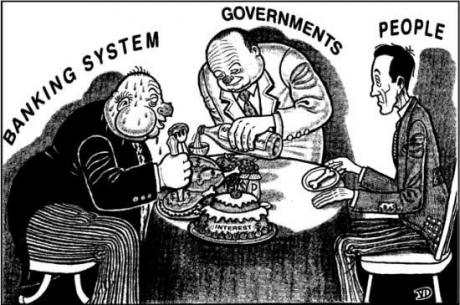